Hallandale Beach, Fla. – Jan. 26, 2021 – American Equus sponsored jockeys took to the track once again at Gulfstream Park for the 2021 Pegasus World Cup Invitational on Saturday. Race day at the track in Hallandale Beach, Florida, saw some of the world’s top jockeys on promising thoroughbred talent, and AE Chosen Riders claimed their place in the winner’s circle in six of the races. Irad Ortiz, Jr., winner of last year’s $3 Million Pegasus World Cup Invitational, earned top placings on numerous horses throughout the day, and went out on a high note to take home the $1 Million Pegasus World Cup Turf Invitational aboard Colonel Liam. 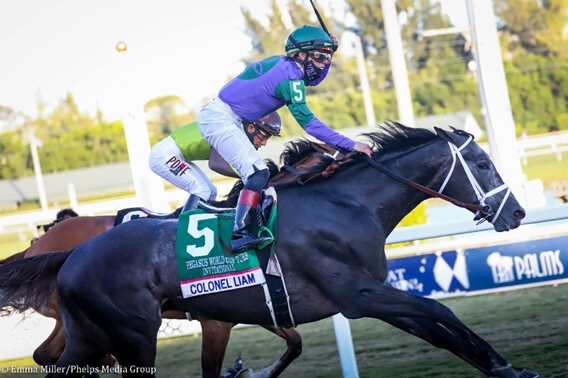 Trained by Todd A. Pletcher and owned by Robert and Lawana Low, Colonel Liam held 7/2 odds in the field of 12 talented contenders, including horses piloted by fellow AE riders Jose Ortiz, Tyler Gaffalione, Luis Saez, Joe Bravo and Drayden van Dyke. Ortiz Jr. and Colonel Liam tackled the 1 3/16 mile Grade 1 race to be named the victors in the highest stakes turf race of the day. He ended the day with a second place finish in the $3 Million Pegasus World Cup Invitational on Jesus’ Team trained by Jose Francisco D’Angelo.

“I was so happy to win this,” Ortiz said. “This is very special to me because I live my life once a day. We don’t know tomorrow and just enjoy the moment. I was so happy for all the connections and for Todd Pletcher too. I feel great. I was thinking about my grandfather who just passed away last year, and I just know he’s looking [down] at me. My whole family’s at home watching the race, I just miss him being around on the track. He’s my number one fan. I just imagine everything in seconds, like they are looking at me. I just feel like I have to celebrate.” 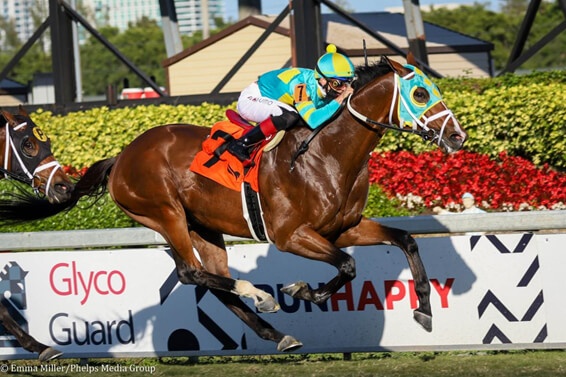 Tyler Gaffalione and Tide of the Sea

“He showed us a lot of ability in his couple of starts on the grass,” Pletcher said of Colonel Liam. “We felt like he was getting better and better. We loved the way he handled the turf in the Tropical (Park) Derby and he had trained great. We were very optimistic. He’s a little less experienced than some of the other horses but I think this proves his quality.”

Earlier in the day, Ortiz Jr. also won the 1 1/2 Mile La Prevoyante Stake Grade 2 Turf race for Fillies and Mares 4 years-old and up aboard Always Shopping trained by Todd Pletcher. Chosen Rider Tyler Gaffalione also had a standout day on the track, claiming the 1 1/2M Turf W.L. McKnight Open Stakes for 4 year olds and up on Tide of the Sea trained by Michael J. Maker, as well as 1 Mile Turf Marshua’s River S. Fillies and Mares 4 year old and up on Zofelle.

Gaffalione also clinched the 7 Furlong Dirt Maiden race for 3-year-olds to kick-off the day. Luis Saez crossed the finish first in the 1 1/16M Turf Claiming Race for 4-year-olds and up aboard Microsecond, also outfitted in AE irons. All American Equus jockeys arrived ready to put their best foot forward at Gulfstream Park, using only the best racings irons on the market. Check out American Equus’ full line of premium irons, trusted by the world’s top jockeys. 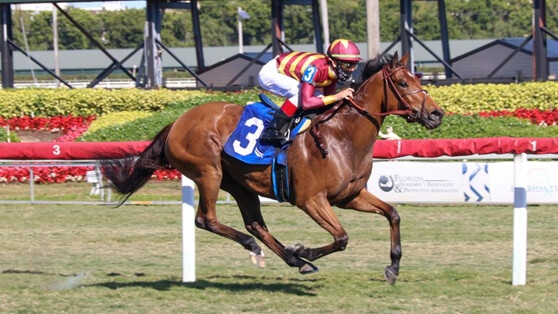 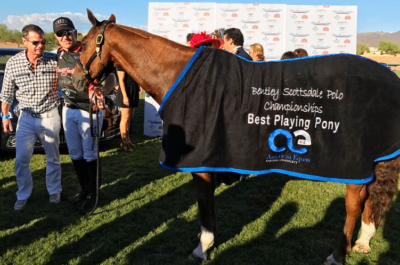 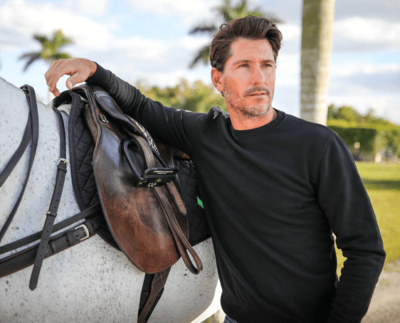 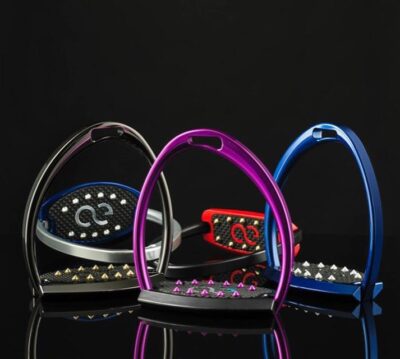 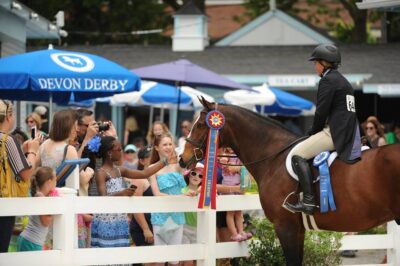 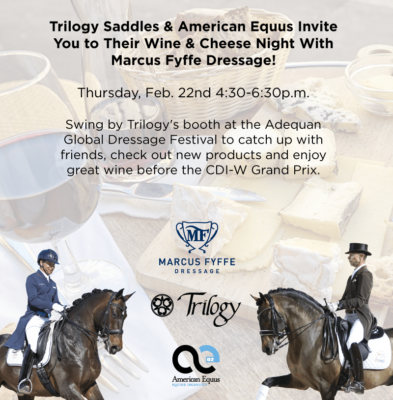 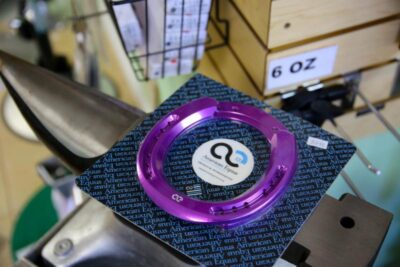 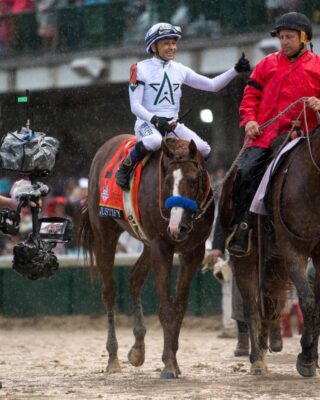 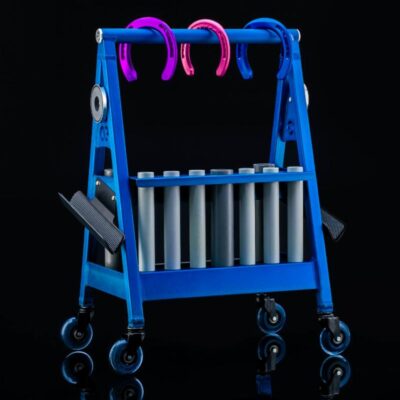 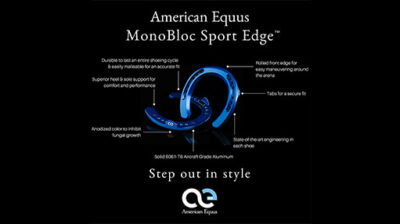 Step Out in Style with American Equus MonoBloc Horseshoes™