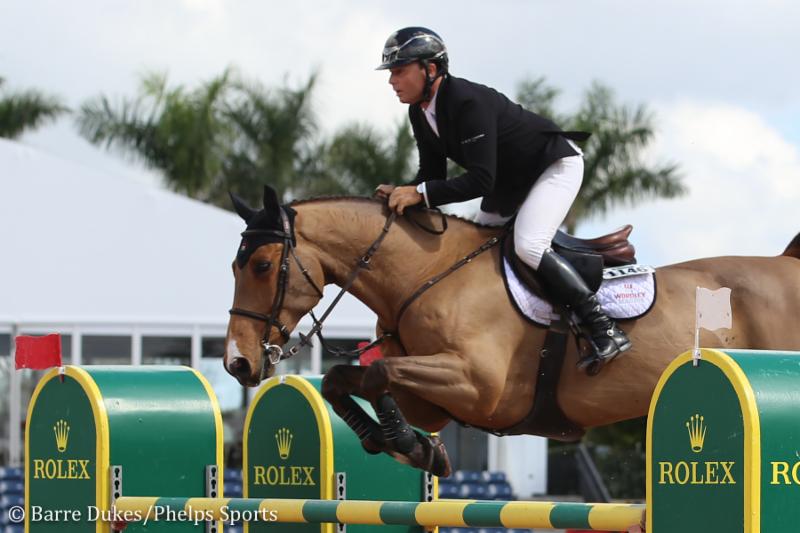 Gilbert, AZ. — Aug. 17, 2018 — American Equus is excited to announce that Chosen Rider, Sharn Wordley, has been selected as a member of New Zealand’s 2018 World Equestrian Games Show Jumping team! Wordley is New Zealand’s highest ranked show-jumper, as he sits within the top 100 riders on the FEI Longines List. The highly anticipated games will take place in Tryon, North Carolina at the Tryon International Equestrian Center from September 11-23, 2018.

A New Zealand native, Wordley moved to the United States in 2004 to further advance his competitive show-jumping career. He boasts an impressive resume including a place on New Zealand’s 2008 Beijing Summer Olympics team and appearances in numerous Nation’s Cup teams for his home country. Wordley has competed in 22-countries around the globe, with multiple grand prix wins, and has successfully ridden in some of the world’s most prestigious shows, including CSIO5* Rome, CSIO5* Lummen, and CSIO 5* Hickstead among others.

Wordley will pilot the 12-year-old Oldenburg gelding, Casper, owned by the Sky Group.

Wordley has had a successful partnership with American Equus throughout the year and can be seen competing in his custom E’Lan stirrups. The E’lan stirrups is specifically designed to help keep the riders leg positioned correctly around the horse, while encouraging the rider to keep their heels down and providing crucial sole support for secure and comfortable ride.

Based in Gilbert, Arizona, American Equus produces stirrups and spurs out of lightweight and durable aluminum alloy. Completely customizable, with hand-polished finishes, American Equus products are the perfect mixture of equestrian tradition and 21st century production technology, design and function. The company designs and manufactures equipment suitable for all equestrian disciplines including hunter/jumper, dressage, polo, western and racing. American Equus is also currently the only company to produce stirrups and spurs completely in the United States.